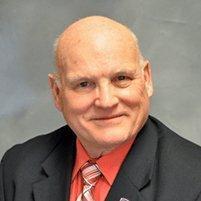 Every year, about half a million American men opt to have a vasectomy, a surgery that permanently and effectively prevents sperm from entering semen or leaving the body. But when unexpected life changes prompt a change of heart, many men seek a vasectomy reversal, or surgery that restores their fertility. Board-certified surgeon Dr. Dennis Streeter in Merrillville, Indiana, offers vasectomy reversal surgery to men in northwestern Indiana. To learn more, call or book your appointment online today.

What is vasectomy reversal?

Although a vasectomy is commonly known as the permanent form of male birth control, it can often be reversed successfully with a second surgery. This is good news for men who have experienced the kinds of life changes that lead them to want to start a new family or add to the one they already have.

A vasectomy is a minor surgery that works by disconnecting the pathway that allows sperm to enter semen; men who have had a vasectomy still produce sperm, but that sperm is simply absorbed by their bodies. Vasectomy reversal surgery simply reconnects that pathway, allowing sperm to once again travel to semen.

At the start of vasectomy reversal surgery, Dr. Streeter checks to see if your vasal fluid has any sperm in it to determine which reversal procedure you’ll need:

Having sperm in your vasal fluid indicates a clear path between the testis and the point where the vas was originally cut. This means the ends of the vas can simply be rejoined, using a straightforward vasovasostomy method. This procedure has an 85% success rate.

When there’s no sperm in the vasal fluid, it may indicate that back pressure from the vasectomy caused a blowout or blockage in the epididymal tube. Under these circumstances, Dr. Streeter bypasses the block by performing a vasoepididymostomy, which joins the upper end of the vas to the epididymis. Although this surgery is slightly more complex, the results are comparable.

Am I a good candidate for vasectomy reversal?

Vasectomy reversal can be performed successfully on a wide range of male patients, up to about 60 years of age. If you’ve had extensive testicular surgery, however, you may not be a suitable candidate.

Dr. Streeter can usually determine your eligibility based on the report from your vasectomy surgery.

How should I prepare for the surgery?

Vasectomy reversal is a one-hour, in-office procedure involving local anesthesia. Pre-surgery preparation includes shaving your scrotum and fasting for at least four hours prior to your scheduled appointment.

You should also wear loose fitting clothes, and bring an athletic supporter and ice bag for after the procedure.

What can I expect afterwards?

You can expect the local anesthesia to last for about 6-8 hours. You can also expect to have a large, tender scrotum for the first couple of hours post-surgery. You can ease this tenderness by wearing the athletic supporter and placing an ice bag on the treatment area for four hours immediately following the surgery.

While you should plan to wear the athletic supporter for a full two weeks, most men are able to return to their normal routine within 24 hours. Sexual activity can usually be resumed within 10 days, once your comfort level has improved.

You’ll have visible stitches for about 28 days until they’re naturally dissolved and absorbed by your body.

It typically takes about a month for sperm to start passing through the newly restored pathway. If your partner doesn’t become pregnant after six months of trying, you should return to Dr. Streeter to have your sperm count checked.

Dr. Dennis L. Streeter provides a vast array of surgical procedures. These procedures include, but are not limited to: